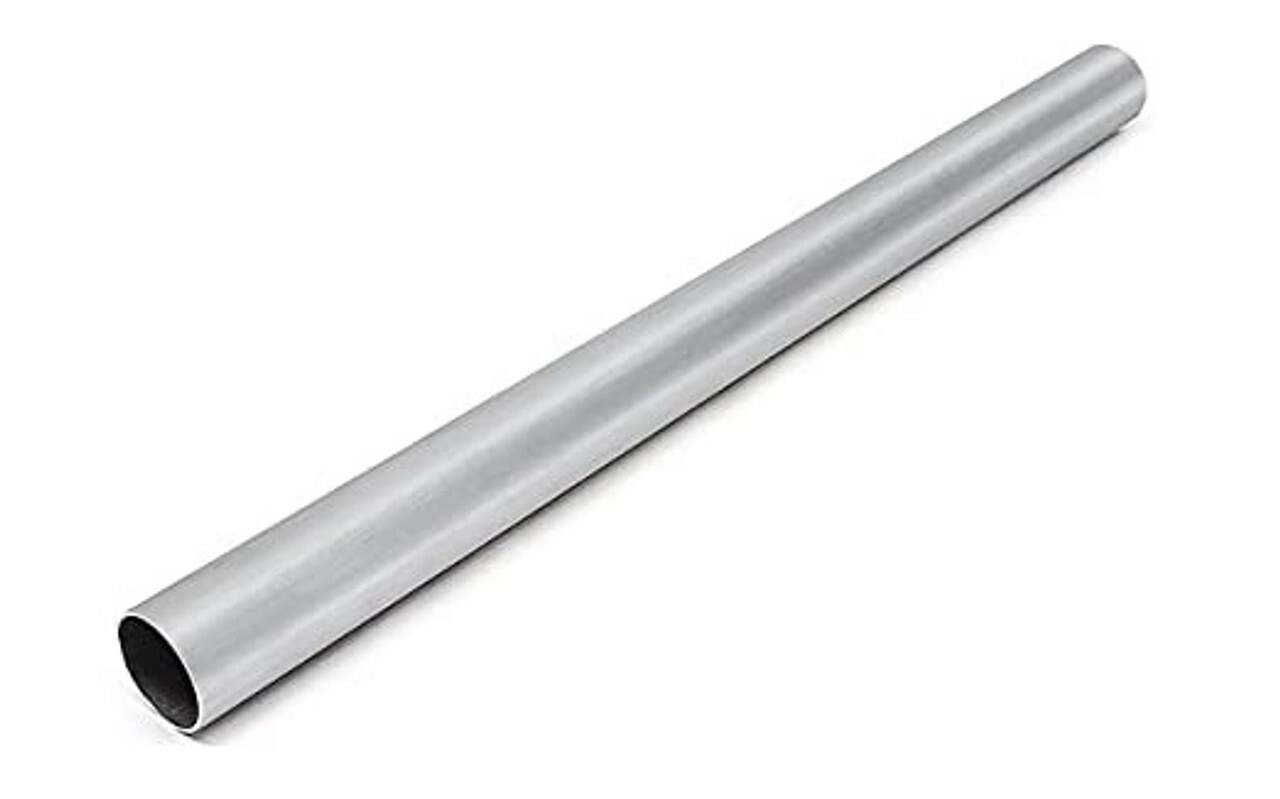 Thin-walled metal tubes without liners are most effective for vibracoring because they conduct vibrational energy most efficiently. Samping requirements aside, the shorter the tube length, the better.  For most vibracoring applications a 3 to 4 inch (7.6 to 10.2 cm) tube (outside diameter) with a wall thickness of 1/8 inch (3.2 mm) is standard. A common, inexpensive source of metal core tube is aluminum irrigation pipe, cut into lengths of 20 feet (6 m) or less.  Steel tubes are more often used in heavy duty applications offshore, where 30-foot cores in harder substrates may be required.

Metal tubes with plastic liners are often dictated in applications where sediment contamination is an issue. The disposable liner has the dual purpose of shielding personal from hazardous sediments and preventing cross-contamination of the sample by the metal tube. Both the outer tube and inner liner are usually attached with rivets to the core catcher device at the lower end. Liners are commonly made of either soft "lay flat" polyethylene tubing or hard polycarbonate or CAB (cellulose acetate butyrate) tubes of 1/16-inch (1.6 mm) wall thickness. These materials have been determined by the U. S. Environmental Protection Agency (reference) to be acceptable for most laboratory analyses of low-level contaminants in sediments. In most cases a good alternative to lined metal core tubes is to use a thicker walled (3/32 to 1/8-inch) plastic tube as the unlined core tube itself. While any plastic is theoretically less effective than metal for vibracore tubes, the practical difference in performance is usually not significant in collecting 15-foot (or less) cores of typical silty sediments. Moreover, the ability to view and process the intact core while still confined in the transparent tube has great practical advantages in the field. Plastic tubes of this dimension and length are generally not stocked by suppliers, but are made to order.

Core catchers, usually of the "leaf" or finger type, are installed (by rivets) inside the lower end of the tube to help prevent sediment loss on retrieval. They may be constructed of stainless steel and designed as part of a "nose piece" or cutter tip on the tube. These are primarily for use with metal tubes, lined or unlined, and they must be cleaned for reuse between cores. A similar type of catcher made of flexible CAB plastic is used without a nose piece. It is simply rolled up and riveted inside a plastic or aluminum tube. This has the advantage of being much cheaper to make and is disposable along with the tube. Both styles of catchers work well in most sediments, but rarely, when cores are withdrawn from highly cohesive clays, the fingers will invert out the tube end, and sediment may be lost. To retain some very fluid or oily sediments it may be helpful to install two overlapping plastic catchers.